Most brass instruments only have three valves. When you look closely, you may notice that a few horns have an extra fourth valve.

Let’s talk about which instruments have this feature and why:

Here’s Why the Fourth Valve is So Important: 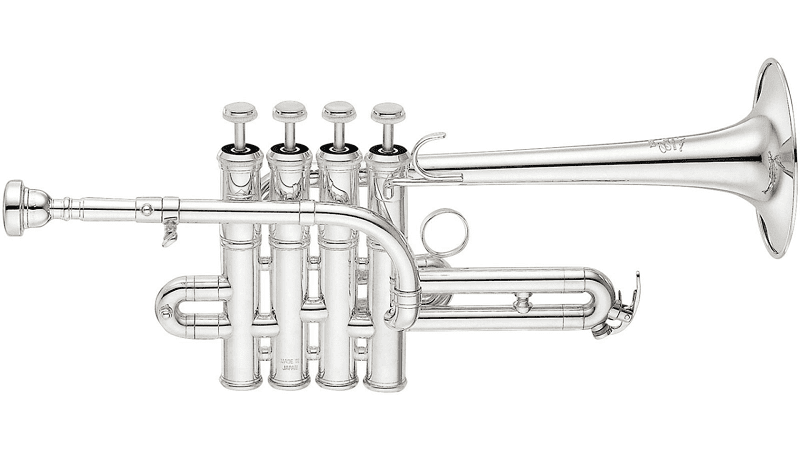 Why Do Some Brass Instruments Have Four Valves?

Brass instruments with four valves make it much easier to stay in tune.

Any brass player will tell you that the first and third valves, when used together, tend to be extremely sharp. Using the fourth valve is a good way to prevent having poor intonation.

Four valves are usually used with tubas and euphoniums. These instruments are supposed to play the lower pitches in an ensemble. Having an extra valve lowers the pitch on sharper notes and extends their lower range.

With piccolo trumpets, D is normally played using the first and third valves. With a fourth valve, this same note can be formed by pressing down this extra valve. This makes trills from C to D much simpler.

Four-valve flugelhorns have existed for years, and now more cornets are being made with an extra valve as well.

With this addition, they can reach more accurate notes and maintain a more consistent tone.

Can All Brass Instruments Have Four Valves?

Some brass instruments don’t use any valves, making a fourth valve unnecessary.

Trombones do not need a fourth valve. Unlike the rest of the brass family, they use a slide to form pitches.

When playing trombone, a player extends their arm to different points on a slide. Since they don’t have any rotary valves at all, a fourth valve isn’t needed.

Trombones can have a compensating system that is similar to a fourth valve, however. They have a trigger that helps players extend their range and keep lower notes in tune.

Generally, trumpets don’t have a fourth valve. Beginner and intermediate trumpet players won’t need an extra valve. Standard three-valve trumpets have a range that is comfortable for playing most music.

Some professionals choose to buy four-valve trumpets. This is fairly uncommon, but it can do wonders to extend the lower range.

Generally, extra valves are added to professional instruments. Musicians who are at the beginner or intermediate level do not have instruments with this modification.

What Exactly is the Function of that Fourth Valve?

All brass instruments are made up of tubes. Without any valves, a brass player can play what is called a “partial series.”

This means that any brass instrument can play a melody without valves, similar to how a bugle functions.

With the invention of valves, brass instruments could hit a wider range of pitches.

When a valve is pressed down, it moves the sound waves down a different section of tubing. This lowers the pitch by making the tubing longer.

Do Four Valves Require a New Set of Finger Positions?

Every brass instrument can play a range of widely spaced notes, otherwise called the partial series.

With an instrument that has four valves, it has the opportunity to play a full chromatic scale in between the first and second partials.

This is extremely helpful for brass players. Lower notes that are tricky to stay on-pitch are now easier to maintain. However, instrumentalists have to learn new finger positions to be able to achieve this.

In that lower register, players can use conventional fingerings at first. From open and progressing downward, the first few positions are the same: 2, 1, 3, 23, and then they use 4.

On regular, three-valve instruments, any lower notes will have an unusable pitch. With the fourth valve, these notes become in-tune, but there are new finger positions to learn.

Which Brass Instruments Have Four Valves?

Instruments with three valves have a limited range.

Smaller brass instruments are more suited for higher notes, but a fourth valve allows them to extend their lower range.

With flugelhorns, the fourth valve is used as a bridge to the pedal register. Pedal notes are commonly not usable in ensembles because of their varying pitch. A fourth valve makes these notes in-tune and playable in an ensemble.

Instrumentalists constantly practice extending their range. With four-valve instruments like flugelhorns, the range is extended to three and a half or four octaves.

Smaller brass instruments are more useful in an upper range of notes, but a fourth valve extends their range lower. Instrumentalists can then play a wide range of notes without worrying about adjusting pitches.

Piccolo trumpets are a great example of this. Almost all piccolo trumpets have a fourth valve, which lowers the pitch by a fourth. This makes sure that the lower range is extended with improved intonation.

Euphoniums and tubas commonly have four valves, also. The fourth valve fulfills the same purpose as it does with smaller instruments.

Some euphoniums and tubas are “compensating” instruments, which allows the fourth valve to redirect air through extra tubing.

This makes intonation even easier to achieve.

Are There Other Benefits to that Fourth Valve?

On certain brass instruments, a fourth valve is attached to extra tubing. These are called compensating instruments.

The fourth valve normally acts as a regular valve by lowering the pitch of a note. This helps each player stay in tune throughout the lower range, but they still might have to adjust.

The fourth valve redirects air to an extended length of tubing on the first and third valves with a compensating instrument. This lowers the frequently sharp lower register.

Many musicians prefer having a compensating instrument because it adds to the benefit of having a fourth valve.

They no longer have to worry that their lower range will be excessively out of tune.

Fourth valves can be a valuable resource for brass players.

This extra valve, especially on a compensating instrument, can lead to an extended lower range. Brass players can not only hit lower notes but keep them in tune.

Although this feature can be seen on various instruments, it is only used by professional players. Not all brass players need to worry about this extra valve because three valves allow for a comfortable range.

If you are a brass player looking to extend your lower range, consider instruments with a fourth valve!

Four-valve instruments can be a beneficial resource to improve your technique.