Do you love the sound of brass instruments but can’t decide which you should play?

Consider which brass instruments are the easiest and hardest.

In this article, we’ll look at some popular brass instruments by the level of difficulty: 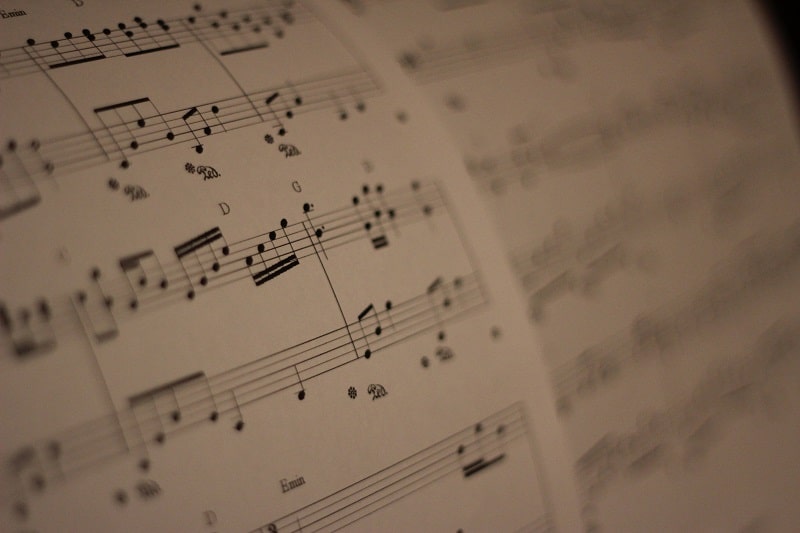 The alto horn (sometimes called the tenor horn) is in Eb, and it’s probably the easiest brass instrument out there.

It’s not the most common brass instrument, but there are parts for it in some brass ensemble music. As an alto instrument, it plays harmony parts, so the music isn’t as complex as some other brass parts.

Along with the alto horn’s role in ensembles, its size makes it relatively easy. It’s not too big, so beginners can get a handle on it and hold it well. You also don’t need to have as small of an embouchure to get a good sound on the alto horn.

The alto horn fulfills a similar role to the French horn, which is why the alto horn isn’t as popular anymore.

However, it doesn’t have the same difficulties as the French horn, such as its long tubing.

Unlike other brass instruments, the trombone uses a slide to change notes.

The slide makes maintaining your intonation easier because you can change the pitch without using your lips, making it hard to play fast notes on the instrument, prevalent in solo and ensemble music.

You might also need to play the trombone for long periods, which requires a lot of stamina. It can take a while for you to build up that endurance so that you can last through a long rehearsal or performance.

However, the trombone doesn’t require as small an embouchure as instruments like the trumpet or cornet.

As long as you can hold the trombone up, you can enjoy unique parts in different musical groups, from orchestra to jazz band.

The tuba may be the largest brass instrument, but it’s not as difficult as others.

It requires a lot of air and air support to get a sound on the instrument, but working on air support is relatively easy. Most tuba parts are less complex than other brass parts, so you don’t need to play fast notes.

Its bigger size also means you need a bigger embouchure, which can be more forgiving than some instruments. You may find it easier to get a note out on the tuba because your lips don’t have to be as tight.

However, the instrument can be hard to hold, especially for smaller players. Beginners might need to spend a lot of time on one note to improve their air support.

Still, tuba parts aren’t as technically demanding as parts for trumpet or other high brass instruments.

Like the alto horn, the euphonium isn’t the most common brass instrument, and it’s not the easiest or hardest.

You don’t need to have a super small embouchure to get a sound on the euphonium so that it can be forgiving. However, you will need more control over your embouchure when playing in the upper register.

The euphonium is easier to hold than the tuba, and playing technical passages isn’t as hard. Still, it can be hard to grip the euphonium as a beginner because it’s bigger than most brass instruments.

The euphonium can also have three or four valves.

That means you have to learn more fingerings than you would on an instrument with three valves, but the extra valve can help with the intonation of the euphonium.

The French horn is one of the most demanding brass instruments, and it may or may not be the hardest.

Like the tuba, the French horn has a lot of tubing and requires good air support to get a note to sound. That tubing can also make hitting the correct partial more difficult than on other brass instruments.

One of the more comfortable aspects of the French horn is playing an expressive piece of music. Its timbre lends itself well to playing slow, lyrical solos.

You can experiment with many different tone colors, and you can use your hand to help get the sound you want.

Single horns can also be harder to play in the upper register. They don’t have the Bb side that can facilitate higher notes.

So you may need to work more not only to get a sound in that range but also to differentiate the partials since they’re closer together than the lower partials.

While the trumpet is one of the smaller instruments, it has other challenges than pushing air through long tubing.

Because of its higher range, you need excellent control over your embouchure, especially when playing higher notes. Trumpet parts also tend to be more technically challenging than other brass parts.

You need to play fast and adjust your embouchure to play different notes in quick passages. The higher register can be particularly challenging to get to sound good.

Some first trumpet parts are almost impossible for a lot of players to execute well.

However, you don’t need to use as much air or air support as other brass instruments. Holding the trumpet can also be effortless because it doesn’t weigh as much as some.

The cornet is very similar to the trumpet, but it’s slightly more complex.

Cornets aren’t as long as the trumpet, so they require more endurance and a good embouchure. It can also be hard to play the cornet because it’s not as common as the trumpet, and you might not get to practice it as much.

Like the trumpet, you don’t need to use a ton of air when playing the cornet, but the control you need to have in your lips can negate the benefits of not using much air.

Cornet mouthpieces also usually have a deep cup, which can make playing the instrument harder.

You have to be able to fill that space in the mouthpiece cup without overdoing it and pushing too much air through the cornet.

While not as common as a trumpet or cornet, a flugelhorn presents many similar challenges.

It’s not as big as some brass instruments, so you need a more focused embouchure to get a good sound, but it has a bigger bore than a trumpet and requires more air.

It also features a conical bore, meaning the tubing slowly gets larger from the lead pipe to the bell. That offers different challenges than a cylindrical bore, like on a trumpet.

The piccolo trumpet is probably the most difficult brass instrument of all.

All of the difficulties you experience when playing other brass instruments are magnified on the piccolo trumpet. Its higher range means people will hear you, so you need to play in tune.

You also have to work to hit the desired partial to play the right notes, and like the regular trumpet, the piccolo trumpet can have some technical parts that you won’t find on lower brass instruments.

How to Buzz on a Brass Instrument

Knowing how to buzz your lips will make playing almost any brass instrument a bit easier.

You’ll still need to learn the fingerings or slide positions, and you may need to practice your embouchure.

However, you can follow these steps to learn the basics of buzzing:

No matter which brass instrument you play, lower tones will come out with a looser embouchure.

Similarly, you can get higher notes with a firmer embouchure. Be sure to practice this so that you can play all of the partials on your instrument.

Which Brass Instrument Will You Play?

If you want to play a brass instrument, you may want to consider which one is the easiest, but while the alto horn is generally the easiest to play, it’s not that common.

You might also find a different brass instrument is easier for you, especially if you like to play it.

Liking the instrument you play will make it easier to practice, making it seem less difficult.

h2g2: How to “Buzz” a Mouthpiece (Brass Instruments)