When you think about instruments that can play chords, piano and guitar are the first that come to mind.

Many people consider it impossible to play chords on brass instruments, but is this true?

Let’s dive into the technique of playing chords on a brass instrument:

Here’s An Idea of Whether a Brass Instrument Can Play Chords:

Brass instruments usually do not play chords. Horns like the trumpet can only play one note at a time, and chords require two notes played simultaneously. However, some advanced players learn multiphonics, where they sing and play at the same time. This sounds like chord playing. 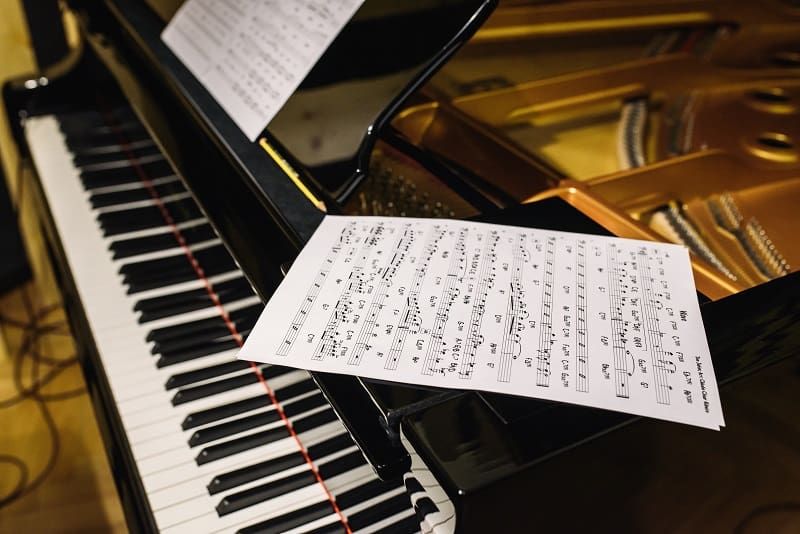 Is It Possible To Play a Chord on Any Brass Instruments?

Pianos can press different keys at the same time and blend different pitches. When you press two valves down on a brass instrument, it only creates one note.

Wind instruments are built to play only one note at a time. There are ways that players can “trick” their instrument into playing multiple notes, but these are more advanced techniques that not many players learn.

Some brass players can learn advanced techniques that sound like chord playing.

They can sing and play at the same time or learn how to buzz their lips at different speeds.

Although these techniques won’t sound similar to the clear chords that pianos and guitars play, they can add interesting harmonies and texture to the music.

How Do People Play Multiple Tones Simultaneously on a Horn?

Brass players can learn how to hum into their instrument while playing a different tone.

The hummed note does not sound like a second trumpet player. Combining the sound of humming and playing is not a clear chord, but does create an interesting effect for the listener.

Advanced brass players often use this in jazz or solo playing.

Another advanced technique that brass players can learn is split-tone playing.

Unlike the first technique, this is done without using your vocal cords. Players can learn to vibrate their lips at different speeds to create a second sound.

When playing normally, both lips vibrate at the same speed to play a stable pitch.

By vibrating the lips at different speeds, the tone sounds similar to when a player uses a “growling” technique.

The split tone technique sounds more like distortion than clear chords. Players only learn this to have an interesting effect on their music.

It is mostly used by advanced players.

Split tones can also occur unintentionally. It can be caused by lip fatigue when the player accidentally tilts the mouthpiece and their lips start moving at different speeds.

This is known as double-buzzing.

Who Invented This Technique?

John Coltrane was one of the first instrumentalists to make multiphonics popular.

In his jazz recording Harmonique, he played multiphonic chords on his saxophone. In jazz, saxophone players had been manipulating their sound for years, but Coltrane was the first to feature multiphonics in popular music.

His playing was revolutionary in 1959 and continues to inspire instrumentalists today.

If you listen to Coltrane’s Harmonique, you’ll notice that multiphonics are not traditional chords. Coltrane wanted to experiment with sound, rather than create a pleasing chord.

How Do You Learn To Play Chords on a Brass Instrument?

There are some exercises that you can do to learn how to play and sing at the same time.

For a player who has been practicing for years, singing into your instrument can be uncomfortable and unnatural. It will take time to learn this new technique.

Here are some steps you can take to start learning multiphonics:

Practice singing with your Horn resting on your mouth

At this point, do not try to make any notes with your instrument.

You should aim to become comfortable singing while holding your horn. While you are humming, make sure your lips are making your real embouchure, but not enough to make a sound on your instrument.

At this point, it does not matter which notes you sing. Just hum a tune that is familiar to you.

Your voice might break when it reaches some notes due to the tubing of your horn.

Practice going back and forth from singing to playing

Repeat this a few times until it is more comfortable.

When you are beginning this process, make sure to choose notes that are comfortable to play and sing. If you are straining to reach any pitches with either your embouchure or vocal cords, change to a different pitch.

Don’t fully relax your embouchure when you switch to humming. Practice using the same embouchure for the played note and the sung note.

This way, it will be more comfortable to start playing and singing at the same time.

You shouldn’t aim for a loud, clear tone when you are playing. When practicing multiphonics, it’s better to have a soft and slightly airy playing tone and a louder singing voice.

Slightly overlap your singing and playing

In this next exercise, you will keep playing and singing the same pitch. Don’t attempt to sing any harmonies yet.

Start by playing the pitch on your instrument. Then introduce the hummed note while still playing.

Your played note must be soft and airy, whereas the sung note should be loud and clear.

Some brass players say that their lips feel looser when playing multiphonics.

Practice singing notes that harmonize with your played note

Once you can successfully sing and play the same pitch simultaneously, you can learn how to hum different notes.

This may be difficult for people who are not great singers but start by choosing a key that is easy for you to sing.

When you start practicing this for the first time, your singing voice will probably default to the same pitch that you are playing. It will take time to learn how to sing a different pitch and create harmonies.

Like other brass instruments, trumpets can use multiphonics to play two notes simultaneously.

Many people wouldn’t consider this technique to be traditional chord-playing.

The definition of a chord is when two notes are played together. Technically, advanced trumpet players can learn multiphonics which fulfills this definition. However, this is usually viewed as creating texture rather than a true chord.

Trumpets are usually monophonic instruments. Trumpet players learn how to play one note at a time. They learn how to create chords by playing together in a group.

In an ensemble, trumpets can play arpeggios to simulate the sound of a chord. Unlike a true chord, arpeggios are notes played one after another, but these “broken” chords are important to any ensemble.

Which Brass Players are Famous For Playing Chords?

James Morrison is a modern jazz musician who excels at playing multiphonics on both trumpet and trombone.

In his solo playing, Morrison uses this technique which sounds as if multiple people are playing together.

He shows his incredible prowess in harmonizing with himself, especially in this live concert:

On the Curiosity Show, James Morrison played a variety of brass instruments and hummed harmonies while playing the euphonium.

Throughout the performance, a pocket trumpet player provides the accompaniment but stops playing when Morrison harmonizes with himself.

If you are a beginner on a brass instrument, you won’t have to worry about multiphonics for a while.

More advanced players learn this technique after years of establishing great tone and other fundamentals.

Brass players can play two notes at once, but this usually won’t sound exactly like a chord. They can hum and play simultaneously or vibrate their lips at different speeds to split their tone.

Most brass players play chords in ensembles. Even though they can learn extended techniques to play two sounds at once, it is more common to play one note at a time.

Multiphonics can take a long time to master, but it can add a unique effect to solo or jazz playing.

Can You Play Chords On A Trumpet? This May Surprise You