Are you preparing for an upcoming trumpet audition?

First, you need to make sure that you’re working on a repertoire that meets the requirements for your audition.

If you don’t have to play specific works, you need to choose them for yourself. That way, you can show off the best side of your trumpet playing. 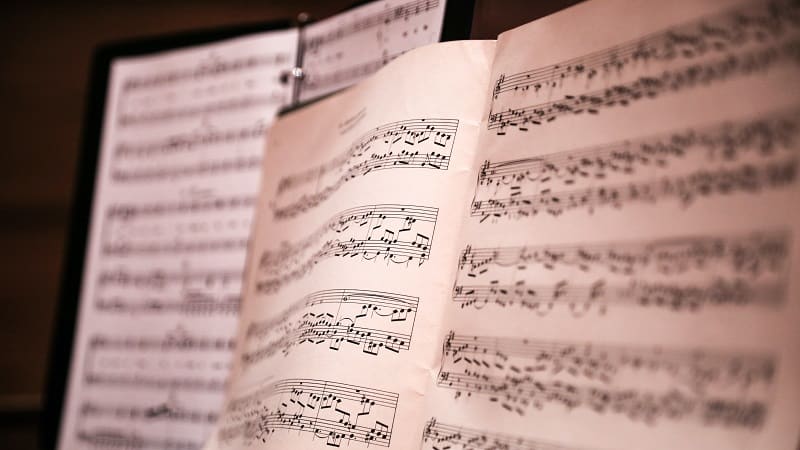 One of the best places to find trumpet audition is within the Characteristic Studies by Arban.

The book contains 14 etudes that each test the range of the trumpet player. Some of the studies are in different keys, and they all require some endurance to get through a successful run.

Trumpet students should be studying these etudes before an audition, so they probably can play one with little preparation. That makes these etudes an excellent addition to your list of audition repertoire.

If you don’t have much time to prepare for an audition, you can bring one of the etudes back up to playing level.

Then, you can show off your technical skills and be able to show some expression as well.

The concerto by Artunian is an excellent showpiece, so it’s perfect for advanced trumpet players.

This piece is a single movement but features multiple sections with different moods and tempos. While the piece takes inspiration from Artunian’s home of Armenia, the melodies are original to the work.

Artunian wrote the piece in the mid-2oth century, so it’s a great choice for a more recent repertoire. The player needs to be good at technical and lyrical playing to pull off this work.

In Ab major, this concerto requires the performer to know a key that isn’t as common as other keys.

Whether the audition involves playing it alone or with a piano reduction, you can use it to show off your skills as an advanced player.

Another excellent trumpet audition piece is Haydn’s Concerto in Eb.

Joseph Haydn wrote the piece later in his life, and he wrote it for his trumpeter friend Anton Weidinger. The player had recently developed the trumpet to play chromatically in the low and middle registers, thus making the trumpet more flexible.

This concerto is one of the most important pieces in the trumpet’s repertoire. You need to be able to play the correct partials and fingerings throughout the range of the instrument.

If your audition requires a piece from the Classical era, you can’t go wrong with the Haydn concerto.

You may even see this concerto as a specific requirement for some auditions.

Paul Hindemith wrote a sonata for every major orchestral instrument, and the trumpet was no exception.

His trumpet sonata requires a lot of skill from the trumpet and piano player. The trumpeter must play lyrically and technically, and the German terms can take time to learn when first studying the work.

Out of all of Hindemith’s sonatas, it’s the most personal as Hindemith used it to express himself. Hindemith supposedly said it was one of the best pieces he wrote.

This work is a bit melancholy due to the events happening in Germany as Hindemith wrote the piece. If you choose to play it in an audition, be sure to let those emotions show through the music.

The trumpet in Bb may be more popular, but Honegger’s Intrada is an important piece for trumpet in C.

Honegger wrote many works in his lifetime, and the work for trumpet and piano is a huge part of the trumpet repertoire. It’s an excellent piece to use to showcase your own interpretation of the music.

Playing this work isn’t as difficult as playing some other works, but there are difficult aspects. For example, you will need to think a lot about where to breathe.

The large intervals early in the piece can also be hard for some players, but if you can hit them, this piece can show that skill and help you stand out in an audition.

The Hummel Concerto is another piece originally written for Anton Weidinger, like the Haydn Concerto. Hummel’s work contains the standard three movements of a concerto.

The first movement is fast, while the second movement is slow. This work ends with a rondo, so each movement has something unique to offer the player and listener.

Hummel first wrote the piece in E major, but players tend to perform it in Eb major. Eb major is an easier key to play on the Bb trumpet, making playing this piece less difficult.

Because this piece was written a few years after the Haydn concerto, it’s an excellent choice for Classical era music.

Like the other work, this one uses a keyed trumpet to explore more of the low and middle ranges.

The Sonata by Kent Kennan isn’t an easy piece for trumpet players.

It comprises three movements, and it involves a lot of chromatic movement and changes keys frequently. The player needs to be comfortable with double and triple tonguing to execute the faster passages.

However, it’s a great piece to showcase your skills as a player. If you want to show off your use of mutes, the sonata is also useful as it requires both a harmon and a straight mute.

The piece is an excellent choice for advanced players, but you may be able to perform sections of it as an intermediate trumpeter.

Another recent trumpet piece to use for an audition is the Sonata by Halsey Stevens.

Like other sonatas, this one has three movements that are fast, slow, and fast, respectively. The first movement requires impeccable timing and rhythm due to frequent meter changes.

You get to show off your lyrical side when playing the second movement, but you still need to stay in time. Triplet quarter notes aren’t the easiest to count, so that can take some practice.

However, this piece isn’t as difficult as some other trumpet audition pieces.

That makes it a great choice if you don’t have as much experience playing the trumpet or as much time to practice a more difficult piece.

When auditioning for an orchestra, it’s important to prepare some standard trumpet orchestral excerpts.

In Mahler’s Symphony No. 5, the trumpet has the opening solo, and it’s quite exposed. That means the player needs to be able to hit the correct partials and stay in time with the conductor.

The opening includes quick repeating notes, so you should be able to double tongue. It would be best if you also had good breath control to prevent losing your sound.

Once the orchestra joins, you have to maintain your sound over the ensemble. It can be hard to first play the excerpt, but it’s an essential piece to learn if you want to join an orchestra.

10. Mussorgsky/Ravel Pictures at an Exhibition

Another trumpet excerpt to learn is the opening to Pictures at an Exhibition.

Other instruments come in and out, so the trumpet player needs to project their sound with and without other players. This excerpt requires a lot of control and a good tone.

It’s an excellent introduction to orchestral repertoire, but it can require a bit of practice to perfect. You should be able to play the solo without playing right beforehand, as that will be the case in an orchestral performance.

This excerpt is a common requirement of both professional auditions and college auditions.

Whether you plan to get a bachelor’s or a graduate degree, you should learn how to play this excerpt.

The Ballerina’s Dance in Stravinsky’s Petrouchka is yet another important trumpet orchestral excerpt.

It includes a one-bar solo just before a tempo change. The trumpet player must play that one bar at mezzo-forte right from the first note of the measure.

After three bars of rest, the trumpet comes back in with a technical solo. It can seem easy to execute because much of it uses G major and G major 7 arpeggios.

However, other technical parts, such as thirds and G major scales, take practice. It’s also a long solo without any rests where you can take a huge breath, so you need to breathe strategically.

Which Trumpet Audition Pieces Will You Play?

Choosing the right trumpet audition pieces is crucial for having a successful audition.

Whether you want to enter music school or join a professional orchestra, you need to select pieces that can show off your skills while meeting any audition requirements.

Be sure to consider sonatas, concertos, and excerpts for your audition.

Then, you can show the audition committee that you can play the trumpet well.

All Things Trumpet: Hindemith Sonata for Trumpet and Piano