Playing the trumpet is typically easier for people without any musical experience.

While it can take time to perfect the embouchure and get a consistent sound, getting a sound at the start isn’t as hard.

However, if someone has already played another woodwind, like the saxophone, the oboe would be easier to learn. A lot of the fingerings and fundamentals transfer over, and the embouchure is the biggest remaining difference.

In this article, we’ll compare and contrast the two so that you have all the information you need to get started:

The trumpet and oboe both have certain factors that make them easier or harder. Playing the trumpet is more common among beginners, so it’s easier to start than the oboe. However, the oboe offers more fingerings, so changing notes is easier than on the trumpet. 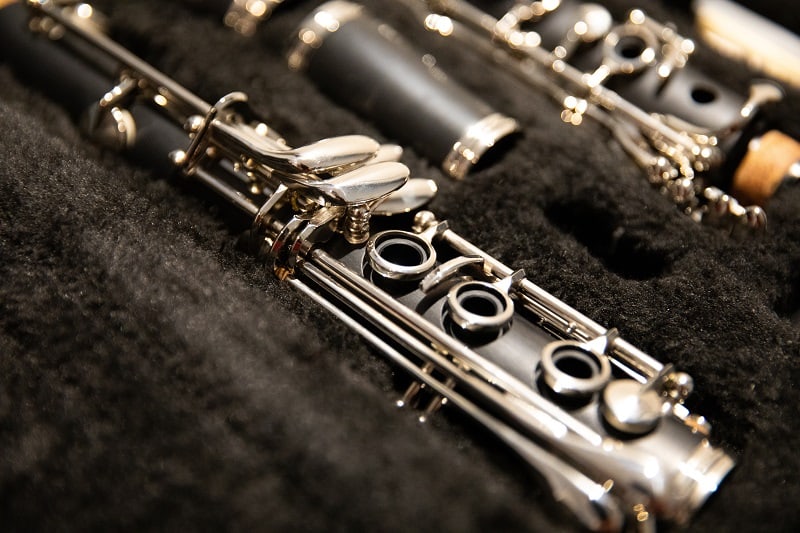 Which of the Two Instruments Is More Popular?

The trumpet is much more popular than the oboe, and a few reasons may contribute to that:

For example, a beginner may play the trumpet in the first year of the band. However, someone looking to play the oboe might have to start on the clarinet.

By the time they can switch to the oboe, they may have come to prefer the clarinet.

Convincing students to switch to a different instrument can be difficult. So while you may get a dozen trumpet players easily, getting one person to switch from another woodwind to the oboe doesn’t always happen.

How Long Does It Take to Learn Each Instrument?

You can expect to spend two to four years of consistent practice and study to play the trumpet.

It will probably take about as long to learn the oboe. However, it may only take a few weeks to get a good sound on the trumpet, while achieving that on the oboe can take months.

Beginner trumpet players can practice for about 20 to 30 minutes a day, while beginner oboe players might only practice for 15 to 20 minutes. Both instruments can do a number on your lips, but the oboe is a bit harder on them.

Your teeth can dig into your lips to protect the reed, and that can be uncomfortable.

Because you can only practice each instrument for so long, you may not make a ton of progress at first. However, as you progress, you’ll be able to practice more on either instrument.

Still, trumpet players at any level can practice about 50% more than oboe players at that same proficiency.

You may find you can learn the trumpet in much less time than the oboe.

Trumpets also tend to cost less than oboes at the same level.

After buying a trumpet, you may want to pay for a better mouthpiece, which costs about $100 or less. If you choose to play the oboe, you’ll need to buy reeds instead. While individual reeds cost $10 t0 $20, you’ll need to replace the reed once or twice per month.

You can start on a used or rental oboe or trumpet to save money as well.

However, the trumpet will almost always cost less than an oboe of the same caliber.

6 Tips to Help You Choose Between Trumpet and Oboe

While the cost, popularity, and playability are important, they won’t always make or break your choice.

If you can still decide which instrument you want to play, consider the following tips.

If you know you only want to play classical, you can choose either the trumpet or oboe, and you’ll have plenty of music to enjoy.

However, you can play the trumpet in various settings and genres outside of the orchestra and concert band.

You can play the trumpet in any jazz ensemble, from a trio to a big band. The instrument is also a common part of a marching band, so you don’t need to learn a second instrument to participate.

Unfortunately, the oboe is hardly ever in genres outside of classical music.

Many oboe players switch to the clarinet or saxophone even in a marching band since the oboe isn’t suitable for marching.

2. Determine If Fingerings Are Important

However, a trumpet only has eight possible fingerings for its two and a half octave range.

3. Decide Between the Embouchures

The trumpet embouchure is similar to other brass instruments because you place your lips against the mouthpiece and buzz.

If you play the oboe, you need to bring your lips over your teeth and place the reed between your lips.

Some players will find the buzzing easier while the oboe embouchure is uncomfortable. Meanwhile, other players may not be able to get a consistent buzz, so they won’t have to struggle as much to get a sound on the oboe.

4. Think About How You Want to Spend Your Time

As you progress on any instrument, you can spend more time working with it.

Trumpet players can spend all of that time practicing, but oboe players will need to spend some time making and adjusting reeds.

While you don’t have to make reeds, doing so gives you more control over your sound.

It can also be more cost-effective in the long run to buy reed-making supplies instead of finished reeds.

After you make some progress on the trumpet or oboe, you can choose to learn related instruments.

Trumpet players may learn to play the cornet or the flugelhorn, whereas oboe players can try the English horn or the oboe d’amore.

If you play the trumpet, learning other brass instruments may be easier since you’ll know how to form an embouchure. The same is true for oboe players who want to play other woodwinds.

6. Don’t Forget About the Competition

Another major consideration is if you want to deal with the competition or not.

Some ensembles and schools have many trumpet players, so it may be hard to get a spot in the group.

But many groups have one or no oboe players, so you may be in more demand if you play the instrument.

It might be easier to get a college scholarship if you play the oboe, and you won’t have to compete with as many people to get a spot in a band.

Will You Play the Trumpet or Oboe?

The trumpet and oboe are both fun instruments with plenty of great solo and ensemble parts.

However, the trumpet is both more popular and more affordable than the oboe.

But if you have the money and don’t like too much competition, the oboe might be more your speed.

Buddy Rogers: How Much Does a Trumpet Cost?